Using a Will Writer vs The Dangers of D.I.Y.

You are here: Home / Wills / Using a Will Writer vs The Dangers of D.I.Y.

There is a reason why most of us don’t undertake dentistry or surgery upon ourselves, or build our own houses. It would most likely be much cheaper and certainly more convenient, however I would not be very confident of a successful outcome.

Likewise, you may consider not to use a professional Will Writer and that writing your own Will is the best and safest way to record your wishes, however DIY Wills are not always the best approach and can come with risks.

Here are some of the issues that could arise.

In a very recent High Court case where the issue of a DIY Will made headlines, Terri Tibbles was awarded her father’s entire estate at a value of £300,000.

Terri Tibbles was close to her father William. He was a car dealer and she expected to inherit his estate when he died in 2018 at the age of 75. William had made a Will in March 2017, and alongside his Will was a letter of wishes in which he stated Terri’s twin sister Kelly, along with his other daughters Cindy and Susan “had been a disappointment to him”. The same letter of wishes also referred to his son Paul being financially secure.

Three days after William’s death, a second Will was found which was written on a piece of paper that appeared to be torn from a notebook, and this was handed to his solicitors. This Will left his entire estate to be shared equally between Kelly, Susan, Cindy and Paul. Terri had been completely disinherited. Paul was named as the executor of the Will and when questioned, Paul maintained the Will was validly signed and witnessed the day before his father went into hospital. He also stated the other sisters had looked after his father during William’s final months, and that his father was determined to amend his existing Will.

The Will was challenged by Terri on the grounds that “it would have been totally uncharacteristic for him to prepare a DIY Will, considering his long history of previous dealings with solicitors. The document could just as well have been written and signed by anybody”.

Judge Marsh ruled in Terri’s favour on the grounds that following expert evidence, the handwriting was not that of William nor was the Will signed by him. There was also no evidence of it being written at William’s dictation nor any explanation as to why Terri was being disinherited.

The ruling was made last year but the Will has only now been admitted to probate.

There is no reliable substitute for professional advice. Only by seeking a professional practitioner to write your Will can you be sure your last wishes will be recorded correctly. Peace of mind is very important.

We provide a professional Will Writer Service without the high street price tag, please get in touch to find out more or call us on 01392 949003

Previous Post: « Lasting Power of Attorney – The True Cost of Ignoring It
Next Post: Should the NHS be Paying for my Care? » 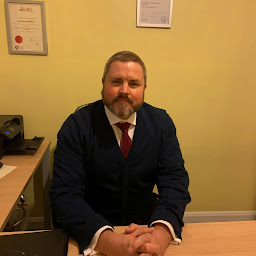 TRF Wills
Based on 75 Google reviews.

Roger Price
We have asked Michael to undertake a number of actions for us and without exception, he has responded swiftly, very professionally and without excessive charge. Michael is a master of lucid explanation for the layman and we lay great store by his considered advice.

Amy Tinnyunt
My Mum’s dealings with Michael Cottrell of TRF wills have been very professional, everything fully explained in detail, together with all costs for every aspect of chosen services. They are certainly a trustworthy company. Diana Taylor

David Vinson
We received superb service from Michael from start to finish. He drew our Wills and Lasting Power of Attorney up and clearly explained everything we needed to do every step of the way. Michael is excellent at breaking down the ‘legalese’ into layman’s language. We would certainly recommend TRF Wills to anyone, Micheal offers a very friendly, professional service for exceptional value.

Julie Harkness
I would like to say a sincere thank you to Michael for his help,support and guidance at a time of great emotional stress. Guilding me through the difficult process of dealing with adult social care services whose only objective is to part families from their famly home and inheritance.

Hilary Green
The service provided by Michael has been excellent. He is highly professional and administers his duties with warmth and respect. His professional knowledge is conveyed in an outstanding and caring manner. He provides an efficient and prompt service that ensures you feel secure in completing important tasks.we would highly recommend his value for money service.

Kelly Hillier
We received absolutely outstanding service from start to finish. We had our Wills and Lasting Power of Attorney drawn up and Micheal made the whole process very simple, clearly explaining what we needed to do every step of the way. I wouldn't hesitate to recommend TRF Wills to anybody, in fact I already have done to a number of people. Great value for money for an extremely professional service. I would also like to add that Michael is extremely patient, we kept him waiting for paperwork on a number of occasions!

ross emerson
Michael made the whole process very clear and easy to understand. He was very obviously working with us and on our behalf without much of the obfuscation that we have experienced with solicitors in the past.

Danny Bennett
Although I live some distance from Michael at TRF wills he provided a fast professional service in dealing with my late aunts probate application nothing was to much trouble I would highly recommend his services. 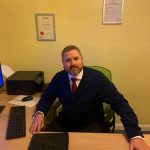